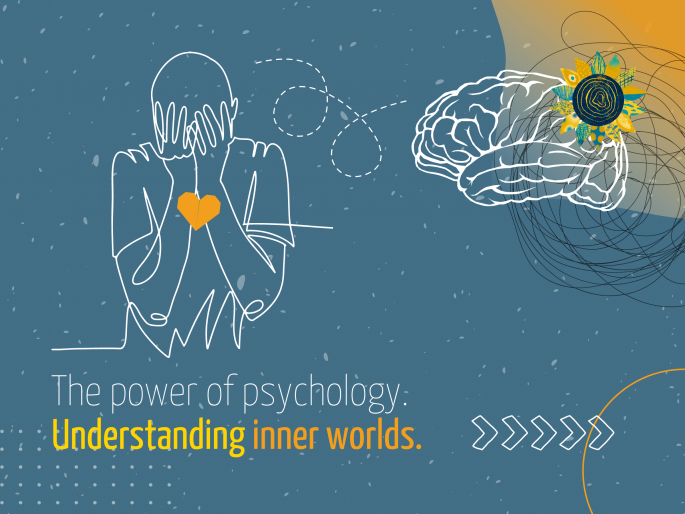 “There are no easy questions here”, she is right. I’m deeply in love with the fathomless connections that emerge in a first instant of collaboration between special humans. Just like between Vienna and the South, months before the first coaching session. And then I get another call. The mind fog is thick, I write what I can recall and decrypt of my hand-written notes. Apparently grief and exhaustion are detrimental to your short-term memory, what a surprise!

After the coaching I close the computer, just sit and vibe to music. Coaching diverts life from its well-trodden highways, just going back to work and walking in that same path isn’t an option anymore. You just lived through a moment in which you told a person that you fully trust them, you had someone to work through things with. The present of time, one on one. The present of being seen for the fuller human that one is, in the moment, in times when fragmentation is a lifestyle and a survival strategy in between roles to balance. Creativity in the room, room for creativity. “You’re living with this every second of your life”. No one can take away the loneliness of loss, bit by bit, but they can make it less threatening and they can kick the toxic guest ouf the room occasionally. You’re not alone.

Coaching teaches you a lot about who you are. There’s my strong desire to connect – deeper than what most people can offer. The loneliness is…really a lot about the space, about picking up on stories and bids for connection, about the ability to share. The lack of all of this. Parallel realities, and something dies inside. “I’m too lost”, there is a question I cannot answer.

Confidence and courage. I realize how much energy it takes to walk with your head high. “How do you want to show up?” The hardest of all questions, but there are no easy ones. Great stuff to unpack. But in this new life, “want” has become a thing of insignificance and impossibility, besides the little moments of escape and reflection. Sometimes coaching gives me the feeling that the forces bigger than you are smaller than you think. You’re not powerless but you’re also not in control. Every little step that you make is a wonder. Playing big, having a choice, mastering the energy for the extra things is a privilege. Old values, worldviews and habits: worthless. So I’m playing small for me, most certainly not for others. I realized that I gave up, but that it’s now time for a next step.

Owning a field, knowing your thing, having it all covered, while persistently growing and playing detective in a messy world is frankly the most exciting thing as a 20-something-year old young professional. I wish people would see me more for the person who I am, in between the personal, the professional and the things bigger than us. The energy constantly looking for an outlet. In the end we talk about me-time, I’ll create distance, I’ll walk to change spaces. I’m giving myself space – for the flower to bloom, even in pitch-black night. What’s up with the metaphors today.

The phone rings. Later, this day will feel surreal. Going to that Impulstanz performance, regenerating through lake vacation, falling asleep through an imagination of a soothing childhood memory, connecting through the one big story of caregiving and having a room in the house where you leave everthing behind before you enter it. The little things I pick up in between talking and listening to advice. Mapping reality at last. You live in your own world, having a permanent backpack to carry. You have people disappear from your life besides the very closest friends. Society is exclusive. Distant out of fear and discomfort, looking away, silent. And in everything happening you have the responsibility to look after yourself, set boundaries, stop being unfair to yourself, and spend time that you enjoy. You owe it to yourself. When you belittle your actions, then counselling helps you to understand where you really stand, how much you’re really giving. A practice in humility, cause the big solutions have never been in your power. “Whatever may come, all of these have already happened.” The connection, the singing, the stories. Two lives. And a quest to stay true to one’s “I”, cause yourself is who you are, undiluted. Your identity. Your own life – despite the bonds that will stay, despite the months and years that feel like the same day that never ends. “I feel like I’ve lost my (stable) sense of self.” – I write in my diary yesterday. But maybe I’m right now on the quest to finding it. Cause there are other bonds and the practice of confidence. For me it’s my bond to Eastern Europe, to Russian, it’ my power, and a story living on. In me.

Writing this has been beautiful but exhausting. Don’t be afraid to be raw, take time to process things, and take care.
#spaces #gratefullness 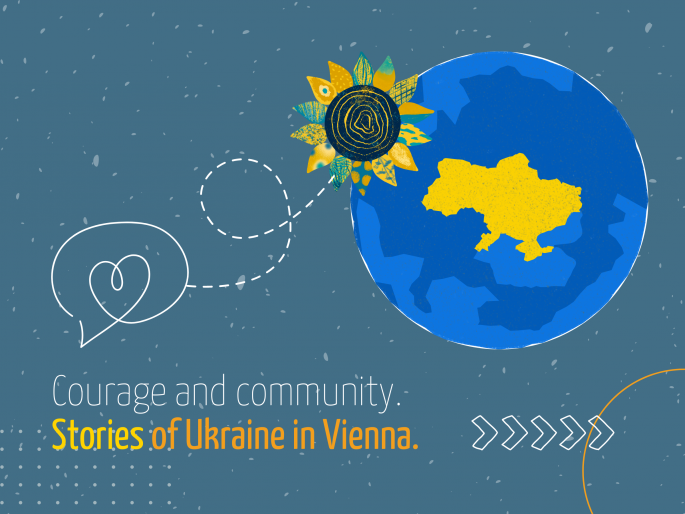 We talk about social entrepreneurship in the hot morning sun at the arrival centre. Us – no more volunteers, but humans with ideas, jobs and lives. I remember that we’re empathetic, we relate, when we act from our whole being. Caring, then setting boundaries. But this day also brings me down to the bottom of reality. In German we say “aus den Augen aus dem Sinn”. Out of sight, out of mind. We’re not responsible, we don’t know, this is not our job, we follow the rules, there’s no more that we can do, this can’t be, there must be a solution in place. But I’ve already pluged into worlds beyond the capital.

O. arrived to the centre from the northern tip of the country, before she approaches me while I’m jogging between the tables in the waiting area. There are another woman and a child with her. After landing in a distribution centre they were sent to live in a hotel – they call it a курятник, a hen house. The other woman is ready to go back, how can you live in such conditions, back to Kharkiv. I just listen to their request, ready to jump to the next task, but this hurts. From their story – the hotel houses 50 people, it’s old and dirty, and I wonder if it was closed cause of the pandemic or other reasons. 2 floors, people sleeping on the first floor which isn’t made for that, one toilet (besides some in the rooms, that don’t fit all?), two cooktops, two fridges and a kitchen sink for all. Imagine the queues, she says. A billard table. Food stored on random cupboards. Contorted, slippery, endless corridors in the dark. Elderly people left to their fate in this environment. No pharmacy in the village, kids shouting into the night, and the stories of having to hop on a bus to the neighboring village to get bread (if you cannot pay 3,5€ for a loaf, who can). I watch videos with rats and filth, and here I stop the story that at the start I find too hard to comprehend myself. A few discussions and a phonecall later there is a next step, but how can writing to some mail address with videos and photos attached feel like enough? The lack of knowledge, procedures, horizontal coordination, of transparency and faces to approach. Maybe the worst thing isn’t that this is happening, and that this wasn’t the only case, but that I-We don’t know about it, and the most vulnerable people we don’t see. As if this world didn’t exist, as if we had all the grounds to trust in the system beyond this microcosm that has been working since March 4th. But why would we. There are things that one can understand but not accept, this is one of them.

After this, the other stories blend into the background, mums and kids, the deaf family, the deaf woman. Kharkiv, Mariupol. Shampoo, excel sheet, info sights forwarded, familar face, talks to understand why we don’t know, and lunch in the volunteer container. A constant exercise in staying firm, confident about your responsibility, and at the same time human and fair. I believe in justice – not equality, it’s hard to live it. And there’s summer outside.

Conversations. I think that we’ve all had our own savior to helper story as volunteers. The frantic beginnings, going the extra step of the way with the people we were helping, feelings of sympathy and guilt and not doing enough, bonding beyond the professional, handing over personal mobile numbers to many more people than now, thoughts revolving around some situations or people we can’t forget for days. Then a certain alienation, and a return – slower, maybe stricter, with an own solidified understanding of one’s role as a helper. And a life to still uphold. “Ah my child? There’s also this yes”. It’s a marathon. What I’ve learned: to be fully present. And that we’re a team, an organisation, a little wonder (thanks to the people who set this up).

The night at the train station a few days earlier. It’s a calm one, few people are arriving, I’m the only translator, things happen. The colleagues from the other organisation are sitting on two stools, one of them says what’s up with Ukraine, it has calmed down, one doesn’t hear “anything” anymore after all. Well..We talk. I’m always amazed by the rift in realities. Before, there’s the family that needs to go back to Ukraine cause of a medical emergency. The moments when you think why, how much pain can you bear? The tickets are very expensive, the free ones sold out. Then the drunk guy is annoying but it’s all part of the game, the volunteer pouring him a coffee laughs out hard when I translate. Mediation.

Late night talk with R. from Kiev, in his 20s, once the basic questions are clarified, the camp bed for the night is occupied and the station is unwelcomingly empty. Crafting French ceilings and drumming in a Christian community. From Kiev to Ternopil, Georgia, Vienna, now Germany – “to friends”. What would we do without them, the people who co-create our geography and give us something to hold on to in the unknown. The humans who gift us a bit of “home” away from home. There’s so much more, and I don’t have words left. We’re just doing what we can, we walk through the sleeping city to the night bus towards home, go back to work, jump between different realities, big respect for everyone.

Signs, rules, boundaries & motivation – What the supervision taught us

As a writer you have huge responsibility, and I feel it with every word that I’m putting here. I hope that I respected it with the way I wrote this text. Volunteering can often produce an emotional cocktail of love, cooperation, irritation, indignation, duty, standing your ground. And there are no obvious answers.

Oh the psychology! In March, after going through a deep state of shock and “adopting” a family from Kharkiv, I started volunteering to help Ukrainians seeking refuge in Austria as well as those passing through. At the main train station in Vienna, later at the registration center (Austria Center Vienna) and the arrival center, and sharing infos and ways to take action all along. So, here a first part with some learnings that no-one taught you about before – about your emotions, working with traumatised people (without some degree in social work) and the superpowers of sandwiches. Yes, sandwiches and other 3D stuff.